When experimenting with antennas it’s easy to have available some baluns. The easiest choice for a 1:1 balun/common mode choke is using the W1JR design with a good core. Three baluns have been made. The only difference are the output terminals used on the balun casing.

All baluns have as input terminal a N-connector. This is the standard at my station but most would probably use the SO239 socket for use with the PL259 connector.

The number of windings is ‘as much as fit on the ferrite core. When winding the coax cable using tyraps to secure the coax on the core is a big help. I glued the core to the bottom of the casing. A mistake I made is to use hard drawn copper wire to the terminal connectors. When soldering the wires will loosen the screws. Multi stranded wire would have been better (and I will make the change).

Below a closeup of two of them. 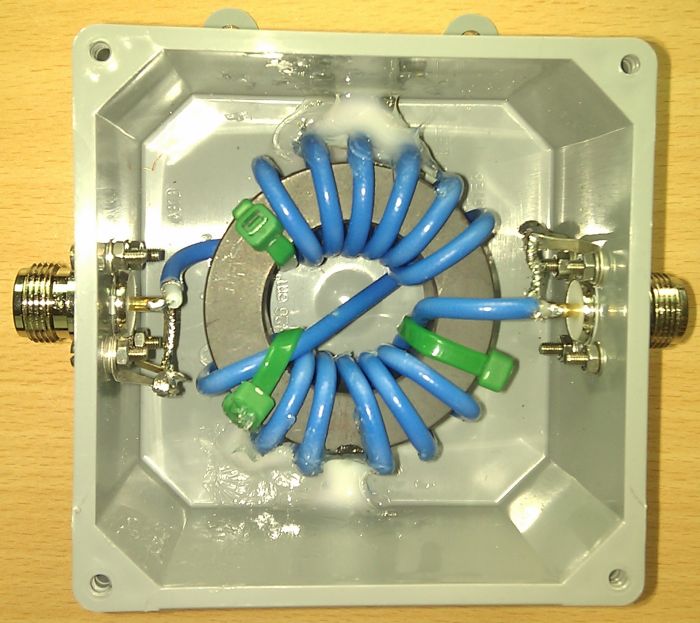 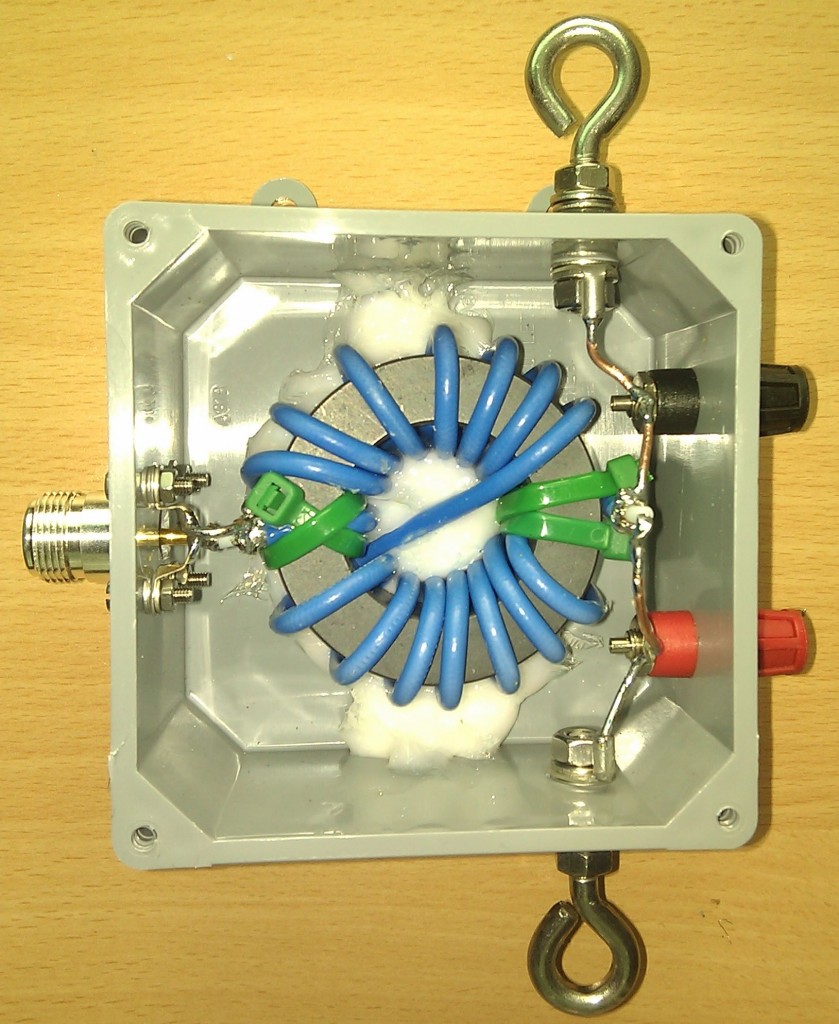